In Memory Of The Mighty Men Of Mymms

When the headmaster of Welham Green Boys' School, Benjamin Mallett, heard that many of his former pupils had died during the 1914-1918 Great War, he honoured them with the title the Mighty Men of Mymms. 100 years later their stories are told. 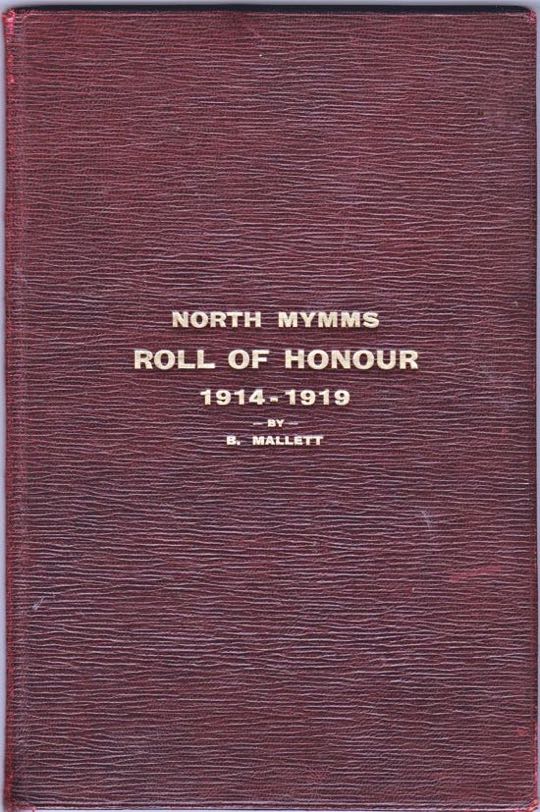 The book is reproduced here in PDF form. The following is the introduction Mr Mallet wrote in the book.

"What did North Mymms do in the Great War?" This question may be asked by our children’s children. The pages of this book will supply the answer. It is a Record of which the Parish may feel justly proud. A copy should be found in every home, to be preserved and handed on to succeeding generations.

The men of North Mymms heard the cry of their country. They realized the peril. They threw aside home-ties, pleasures, work, and play, and nobly answered the call. Two hundred and sixty-eight men willingly offered themselves. They risked their lives for their country. They endured unspeakable sufferings: wounds, torture, hunger, thirst. Forty-six laid down their lives. All honour to them. Their names should be preserved throughout all time.

The compiling of this Record has been a labour of love. One hundred and sixty-two of these men were taught in the Welham Green School, and the writer is proud to claim them as his Old Scholars.

While rejoicing at the Peace which has been secured, let us not forget that it has been purchased by the Service, the Suffering, and the Sacrifice of our noble boys.

God bless them, every one!


Editor's Note: There were two Rolls of Honour, one in memory of those who died, the other to all who served.

If you have any information to add to this feature, or if you just want to add your comments, please use the comment box below.

Welcome to our memorial

This site is dedicated to those who left North Mymms to fight in the Great War and who died as a result. I am Mike Allen, a local historian, and I have spent two years researching their stories, which are now available online for the first time.

Below are the names of the 59 servicemen remembered here.

How To Search This Site

A short guide has been produced to help visitors to Mighty Men of Mymms obtain the best search results.

Below are the 'tags' for the regiment, battalion, rank, and medals of each serviceman.

The content on this site took two years to research and produce. The website took three days to put together. The site was made live on Wednesday 24 October 2018.